Minecraft: The Life, The Death, The Respawn 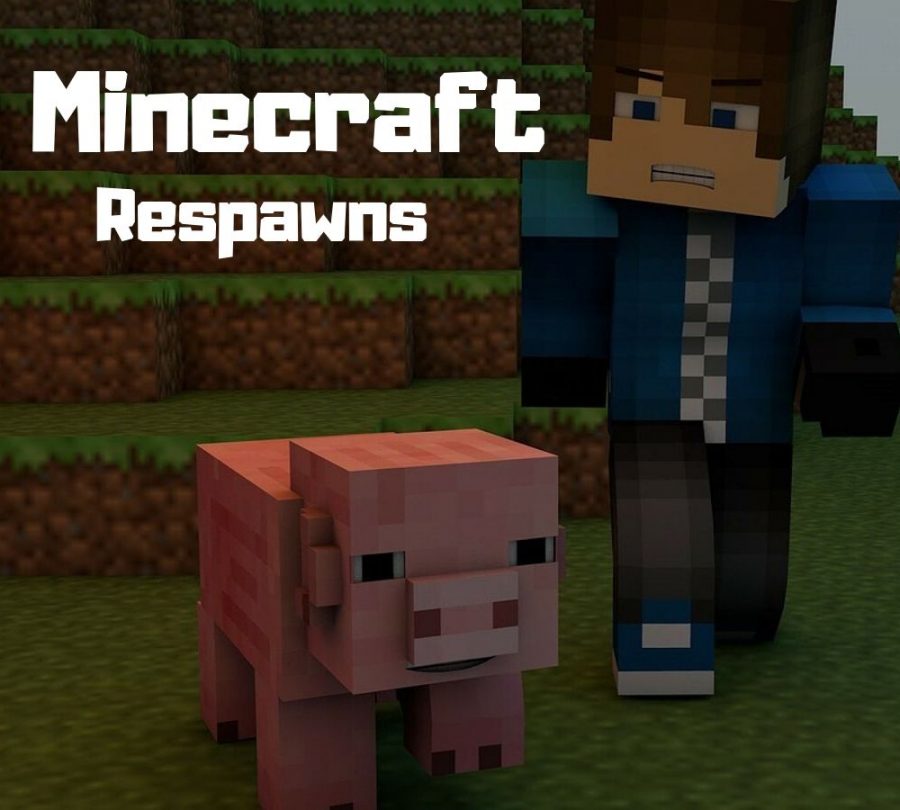 Minecraft has seen a resurgence of popularity after diminishing sales

“Picture it with the mind’s eye, gamer: you’re back in the mine, got your pickaxe swinging from side to side (side, side to side). This task is a grueling one, and you hope to find some diamonds tonight (night night, diamonds tonight). Heads up!–: you hear a sound, turn around and look up. Total shock fills your body. ‘Oh no, it’s you again. I can never forget those eyes (eyes eyes, eyes eyes eyes eyes),’ you say; because, baby, tonight…the creeper’s trying to steal all our stuff again, going on 10 years” (taken from the opening of, YouTuber, CaptainSparklez’s famous “Revenge: a Minecraft Parody of  Usher’s ‘DJ Got Us Falling in Love’”).

Minecraft is made of blocks– even Socrates and Jimi Hendrix know that. It is the electronic lego-esque world filled with infinite possibilities and a soundtrack that makes even the smallest moments, whether that be building a house or being attacked by a zombie, feel like that one life changing moment.

Starting out small as an indie-game by Markus “Notch” Persson,  Minecraft recently surpassed Tetris as the best-selling video game of all time. With over 176 million copies in the hands of gamer boys and girls everywhere, the game has far surpassed its original, basement-dwelling demographic.

“Oh, yeah, I pick up my Xbox controller, I log on Minecraft with the boys, I sit down and we just–I can spend HOURS. One time, consecutive, I spent a consecutive day, 24 hours, playing Minecraft,” junior Kolton Mobley said.

But the game saw a dark age too, killed by bigger fish that came into public consciousness during 2016, when the game’s developers, Mojang, began to struggle with consistently updating the game. As soon as the game’s first wave of addicted kids grew old enough to realize cooties were an urban legend, the game was dead in the water for a time.

“Before, about a year ago, Minecraft was resented in the gamer community. People hated it. They fought the corruption of the children in the game, and–I’m not gonna lie, it’s probably to do with the Minecraft parodies–it gave it a bad name in the eyes of social media. It was only until Fortnite took its place in the bad eye of the people that it started to emerge again as a conquering game, a game where you can do anything you want to,” Mobley said.

Yes, there was a light at the end of the battle-royale tunnel thanks to the power of the internet. Minecraft was resurrected–and not by a gaming sacrifice. No, it was largely due to Felix “Pewdiepie” Kjellberg, and his recent play through of the game on YouTube that injected it with newfound interest.

Minecraft is everything a video game ought to be: a conduit for new experiences, which could never be had otherwise, the opportunity to live vicariously in a self-made world. Due to its blocky infinity, the game can land its players in a sort of hypnotic state. They spend hours without exhausting the simple joy of picking up a block somewhere and placing it elsewhere to build a world of their own design, of mining and crafting to survive and thrive and of exploring the worlds others have built. That is why some might call Minecraft, a game not necessarily technically impressive or rich with a compelling narrative, the greatest game ever made. And those same kids who abandoned the game for shinier, newer toys only a few years ago, are crawling back in their late teens/early twenties, caked in buttery nostalgia, after figuring out what really matters in life: finding a craft and sticking with it.