Getting Started With Dungeons And Dragons

Tips to help beginning player from Dungeon Masters and players 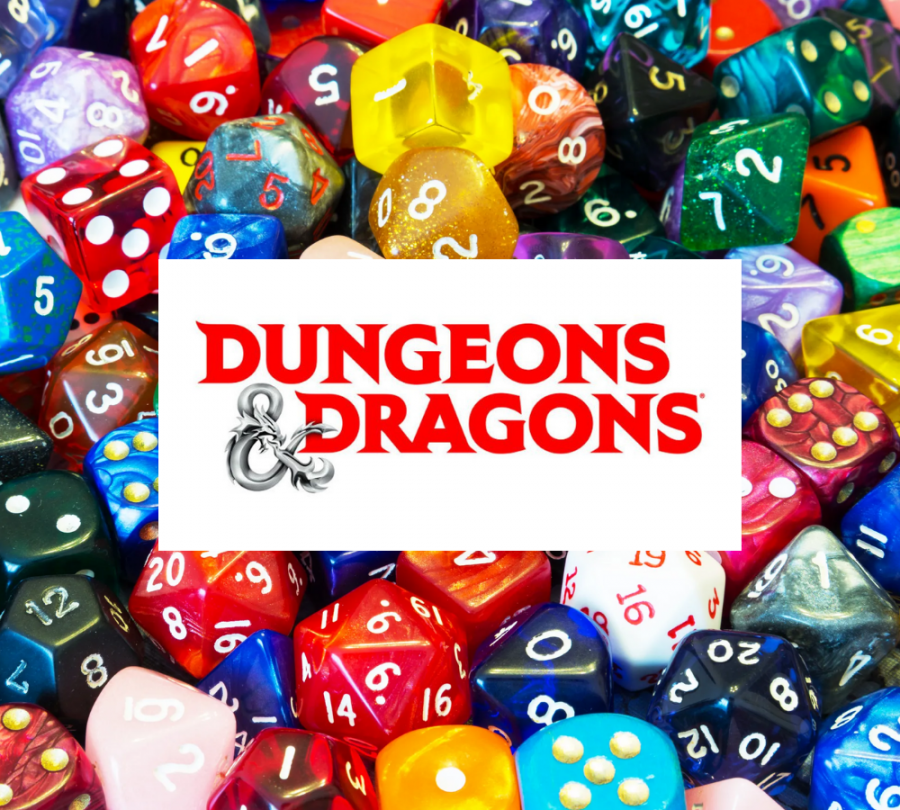 While people have searched for new things to do in the midst of these complicated times, many have looked into Dungeons and Dragons, a fantasy tabletop role-playing game in which players create their own unique characters and go on exciting adventures throughout custom worlds from their own imagination. Unfortunately, the  complexity of the game seems to be turning people away as they become discouraged by the amount of rules and world building it entails, as well as the stigma that playing makes them nerdy or uncool. Sandies who play the game explain how to overcome beginning stress and how to enjoy the game.

“It’s a complicated game, a lot of people don’t want to put the effort or thought into it,” D&D player, Kylia Lambert said. “It just seems like such a nerdy thing, anything that includes fighting or role-playing, and people get embarrassed about it and automatically assume it’s a weird nerdy thing. Anything that’s complicated like that people place a stigma around.”

Even players who make it to their first campaign become disheartened by the rapidness of the game and do not continue, but those who do often prevail and end up loving the complex story lines and adventures D&D provides.

“The first couple sessions were terrible, we had infrequent attendance, the story wasn’t very good,” Dungeon Master, Austin Pounds said. “It was probably the worst first D&D experience anyone could ever have. I don’t know why I stayed, but I did and the campaigns after that have been really fun. That was probably three years ago.”

Those brave players have now offered advice to make things easier for newcomers and avoid the negative idealisms associated with it.

“Make a character sheet, you can do it online or a physical sheet, it just helps you keep track of your name, attributes, all of those sorts of things,” Lambert said. “It’s also good to have your own set of dice, you can find those on Amazon…you can get really cheap or really expensive ones, but having your own dice is definitely useful to have.”

Some other advice included using online resources and listening to podcasts such as The Adventure Zone and Join the Party, which can be found online and be used to give new players guidance as they begin their journey.

“D&D Beyond is super good if you want to learn the basic character design because it has a really helpful platform to help with that,” Dungeon Master, Graham McFarland said. “It can get a little confusing and limited because you may have to pay for stuff, so if you get a little more into the game, roll20.net is really good…Critical Role has some introductory videos that you can go watch.”

These sites can help players to avoid making campaigns harder than they need to for the DM (Dungeon Master), as many masters have expressed the amount of frustration teaching newcomers can cause.

“To make it less frustrating for your DM, don’t ask permission for anything, just say you’re going to do it and they will tell you yes or no,” Pounds said. “If you have an idea, go for it. The most frustrating thing in the world to me is people saying ‘I’m gonna hit this guy’ and not elaborating on how they’re going to hit him and what they’re going to hit him with. Don’t put all of the world building on the shoulders of the DM.”

With all of the learning tools and advice available, interested people have no reason not to attempt to play, especially because of the amazing memories that can come from an interesting campaign. Unexpected things can occur since “in some battles…you [can] do the weirdest maneuver you can possibly think of just because you can,”  Lambert said.

“One of my favorite moments playing was when me and my friend were in this slum town and the DM…didn’t want us to reach the stockpile of… we didn’t know what but he was hiding it so we decided we had to get it at all costs,” McFarland said. “And he just threw these crazy things at us, like some big ogres or something. And obviously we couldn’t defeat certain things and so we’d push them off cliffs and get them out of our way so we could get to an area. We ended up doing that and it ruined his whole plan, it was really fun.”